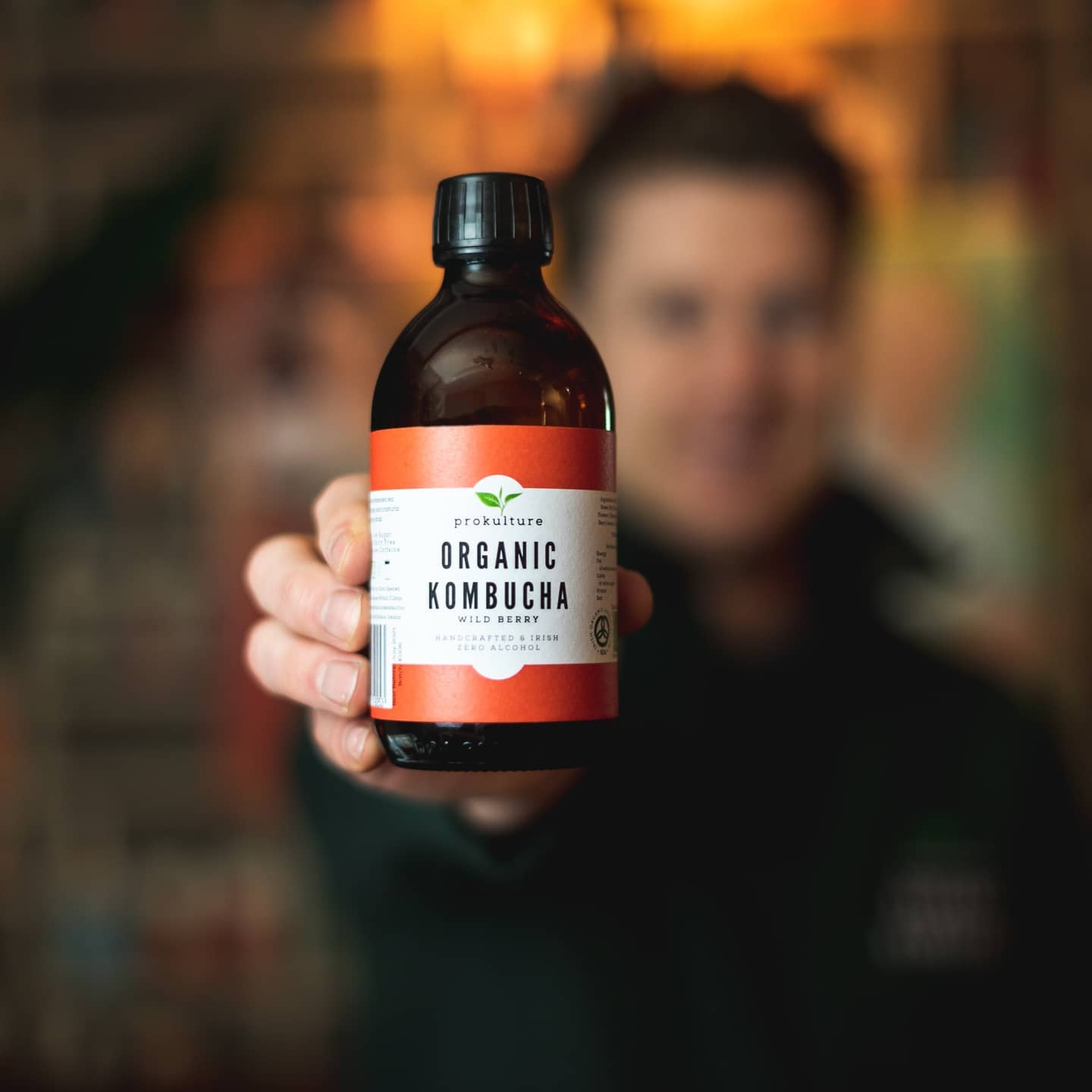 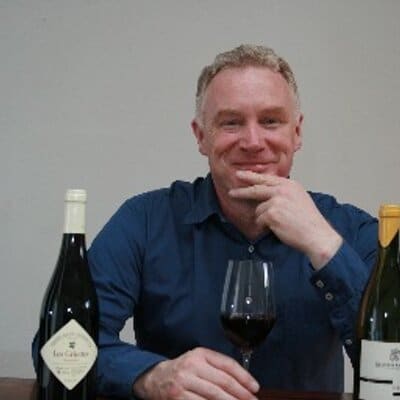 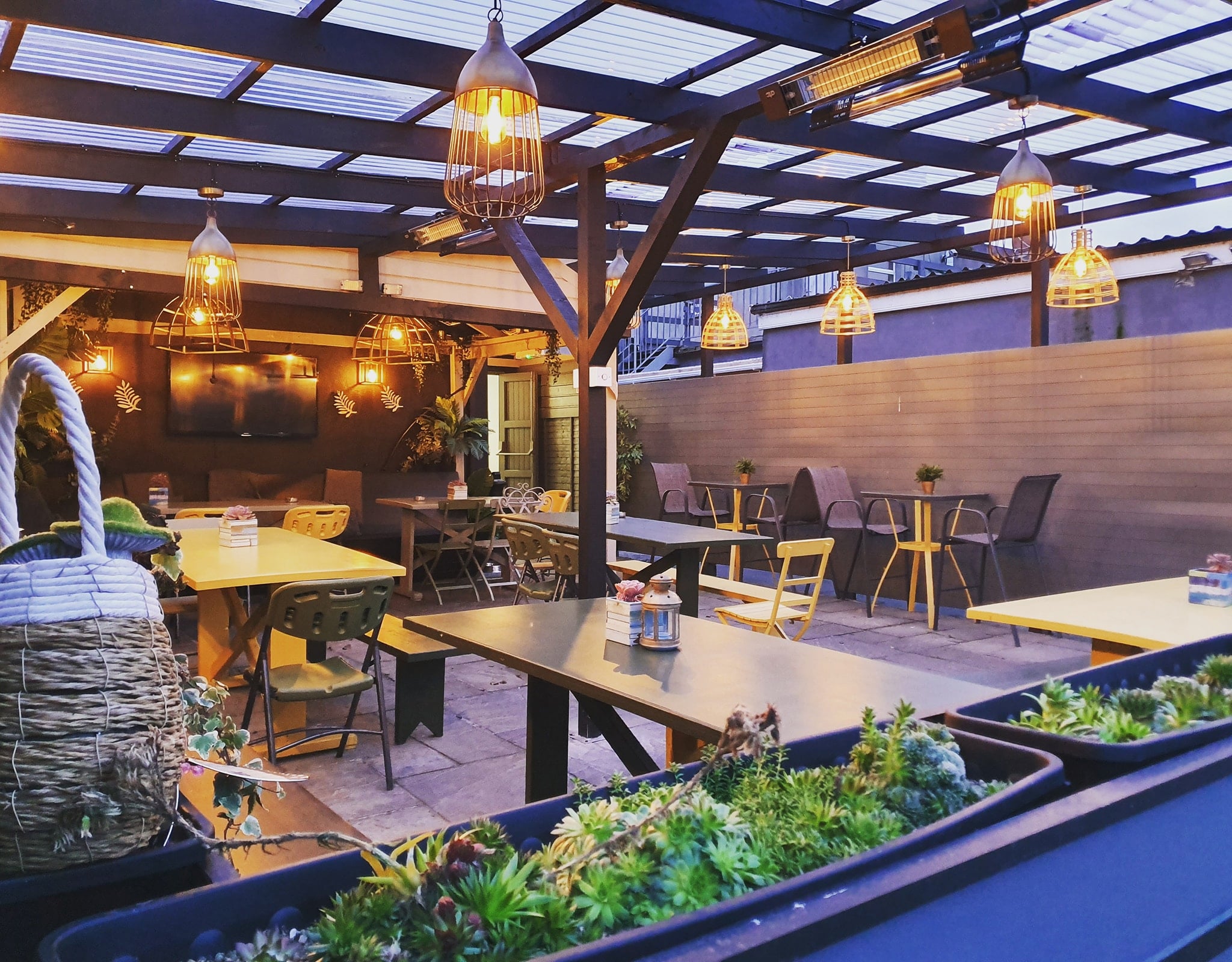 Talking to Barry Flanagan is a dizzying but inspiring experience. A non-stop source of stories and ideas, he knows just how to channel his energy. Over the last eight years, the dynamic Kildare man has built three separate businesses, all based on the ancient art of fermentation.

“I come from a family of publicans,” he tells me. “Our home base is The Silken Thomas in Kildare. It is 45 years in the family. When I was growing up [work talk] was brought to the kitchen table every night, so from early on I had a clear idea about pubs and how everything works.” Unsure if he wanted to go into the family business, Barry studied business at the University of Limerick. As part of his degree, he did work experience in a bank. “After two weeks I decided an office job was not for me,” he laughs. Instead, he worked a few years in the Silken Thomas and really enjoyed it, and in several other pubs including Harrigan’s in Newbridge, where he met his Polish wife Ola.

“My dad had bought a second pub, Flanagan’s Mill in Sallins, in 1975, in case the second-born son – me – wanted to go into the business.”

In 2012, Barry and his wife took it over and opened up Lock 13, a gastropub, in the lounge. “The Silken Thomas is based on a carvery which, personally, I don’t like. They do it well and have won lots of prizes, but we wanted to do something different.” They decided to challenge the customer by offering small local Irish micro brews alongside Guinness and Heineken. 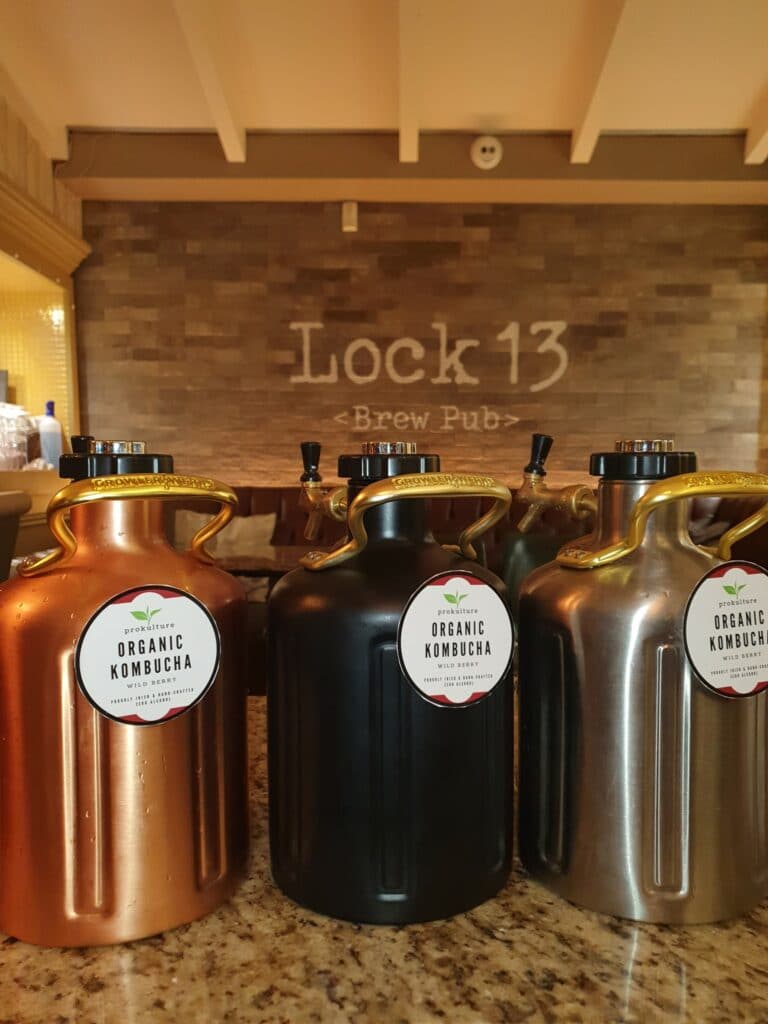 Customer response was positive and they soon began matching beers with food. “Sales increased every year but it wasn’t always easy to convince people – even my dad. In his seventies and a successful publican, he saw me giving out free samples and raised an eyebrow.” But Barry had been to the US, England and L. Mulligan Grocer in Dublin and seen how pubs could successfully evolve.

“Drink-driving laws and the smoking ban saw pubs change. It is now acceptable to eat out there as a family, and it’s food that brings the vast majority of people to our pub. A lot of people don’t really know what a brew pub is: We match our food with craft beer and offer customers a taste before they buy. I always tell staff not to be pretentious, but if somebody wants a commercial lager, offer them a taste of our alternative. It’s about engaging with the public, with brewer’s nights, food and beer dinners, and creating a night out. People want to be educated and want more.”

Next, Lock 13 began making their own beer, converting a neighbouring unit into a brewery. “I am not a marketeer or salesman,” says Barry. “I am a publican. I only wanted to deal with local pubs that were interested. At that time, we were 100% draught. In 2019, we hired a new brewer, Rob Rainsford from Rye River Brewing in Celbridge.” Rob wanted to try out his own experiments and in late 2019 argued that Lock 13 should start producing canned beer.

“I was reluctant at first, but he convinced me. Obviously, we are delighted now, as our draught went by the wayside with Covid. We fill and can all our own beer onsite.” They created three lockdown beers for local off-licences and online sales. Local is important to Barry. “We are in Sallins, on the Grand Canal, a potential green route. It is a great place to be.” His staff, including brewer Rob, are local. They source barley from Minch Malt in Athy and supply beer to Michelin-starred Aimsir restaurant in the Cliff at Lyons. In the belief that a vintner should be more than a publican, Barry qualified as a wine sommelier, and as a brewer. “A vintner should know about brandies, spirits, wines and beers, and how to manage beer lines, and bottle whiskey.” 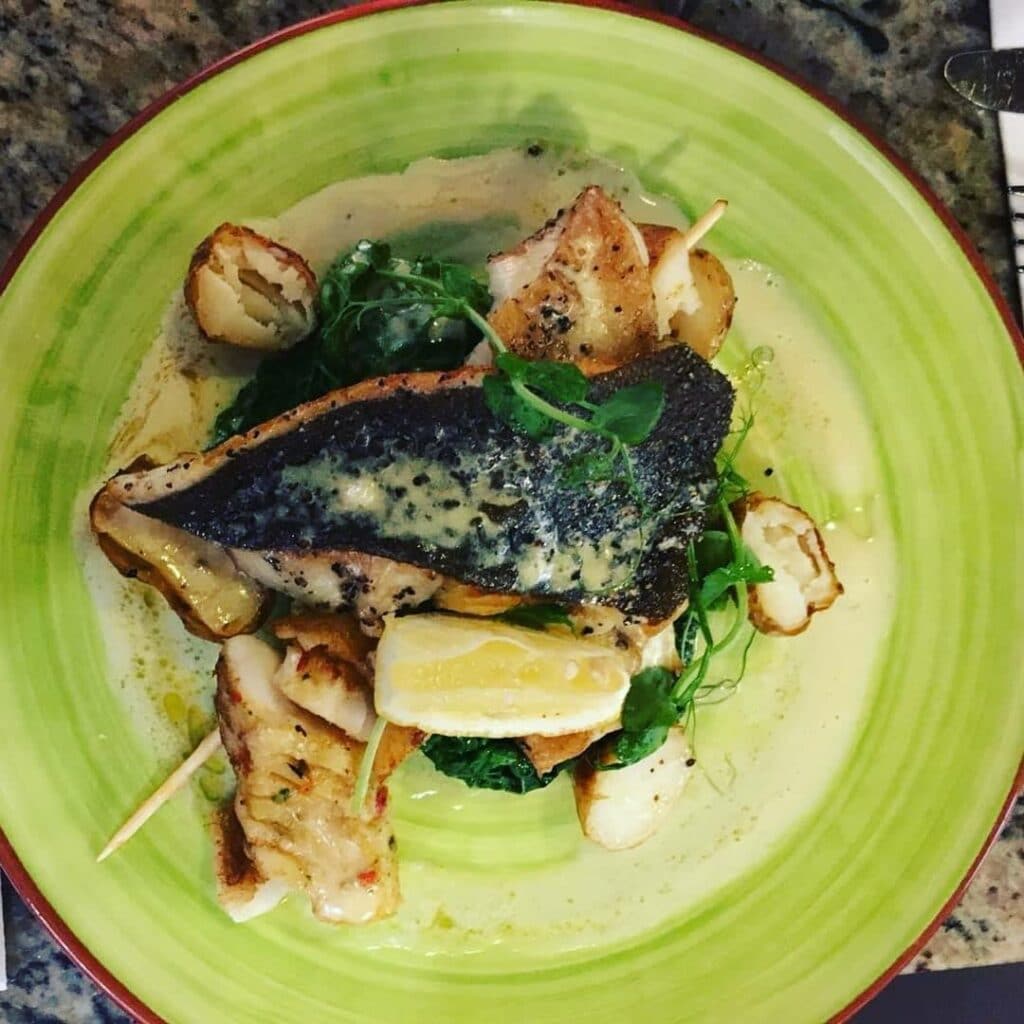 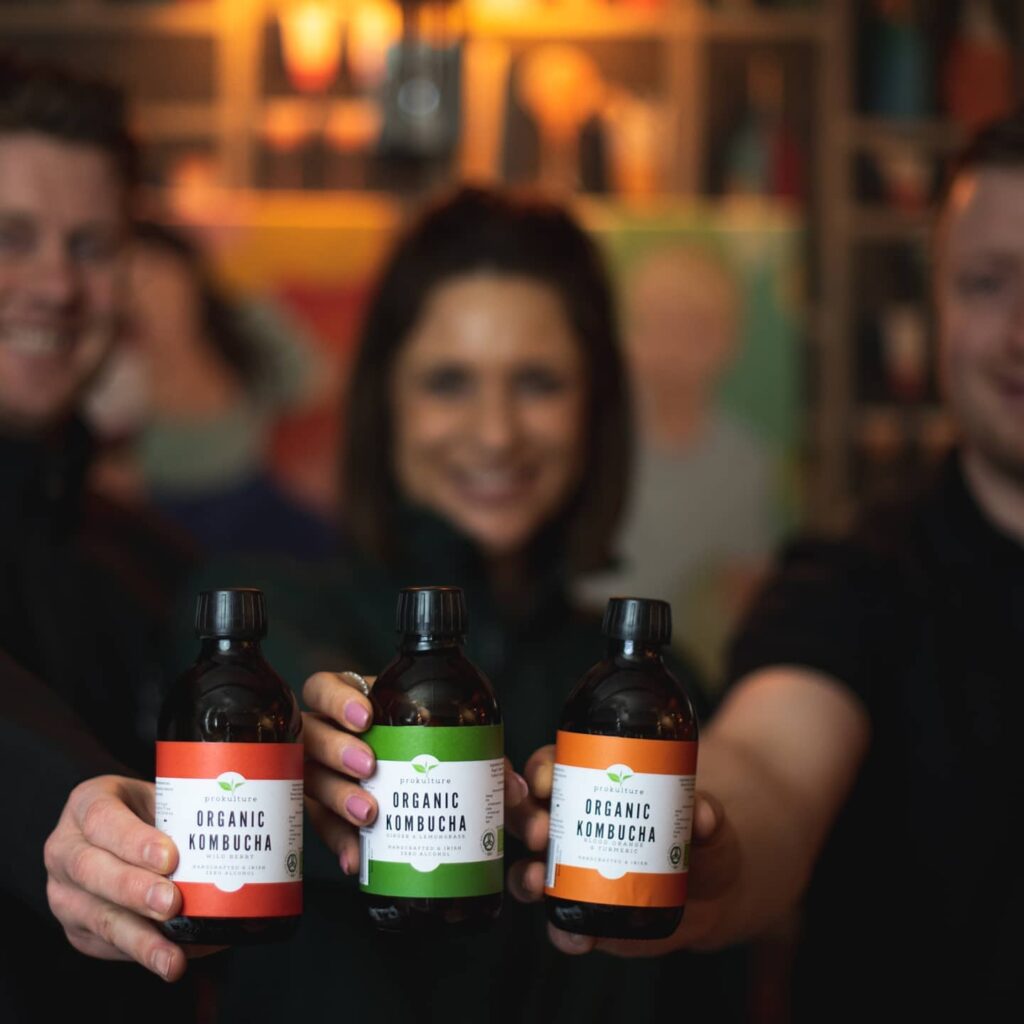 Not one for resting on his laurels, Barry also started a kombucha business, inspired by his Polish parents-in-law. “My love of fermentation came from brewing but also from Ola’s mum. My parents-in-law are over with us at the moment, which is fantastic. She makes everything; sourdough, kvass, kefir and pickles anything from the garden. It is just normal over there.”

Starting slowly in the brewery, he offered to send Rob on a week-long commercial kombucha in Barcelona. “I asked him if he wanted to go. How bad can a week in Barcelona be? He came back and said that we already had everything we would need. So, in September 2019 we started doing a 100% organic kombucha for ourselves.” Supplying it to a few local cafés and their coffee supplier, it wasn’t long before a Grow with Aldi session resulted in a two-week trial listing for ProKulture Kombucha with the German multiple in Ireland.

“They sold out in two days! By the second week we had run out, and customers were asking us online what was happening.” Since October, ProKulture has been stocked in 100 Aldi stores. “It has been brilliant and we’ve learnt a lot. We moved from step one to step five of our plan overnight.”

They are now about to launch a blood orange and turmeric kombucha, largely because of rugby player Johnny Sexton and the Irish rugby team. Sexton tried their kombucha first and asked for a delivery to Carton House where the Irish team trains. “Loads of the team now drink it. Both Sexton and Joey Carbery take turmeric daily, so we have designed this with them and others in mind.” They also produce a more mellow wild berry, ginger and lemongrass kombucha.

For Barry, it’s his own team that is the most important of all. “It’s a family culture. We work together and succeed together, or go down together. We want everyone bringing in ideas; we are an open book. We retain staff because they are trained, and they enjoy what they do. They drink our beer as well. It is all of those things that drives us on.”