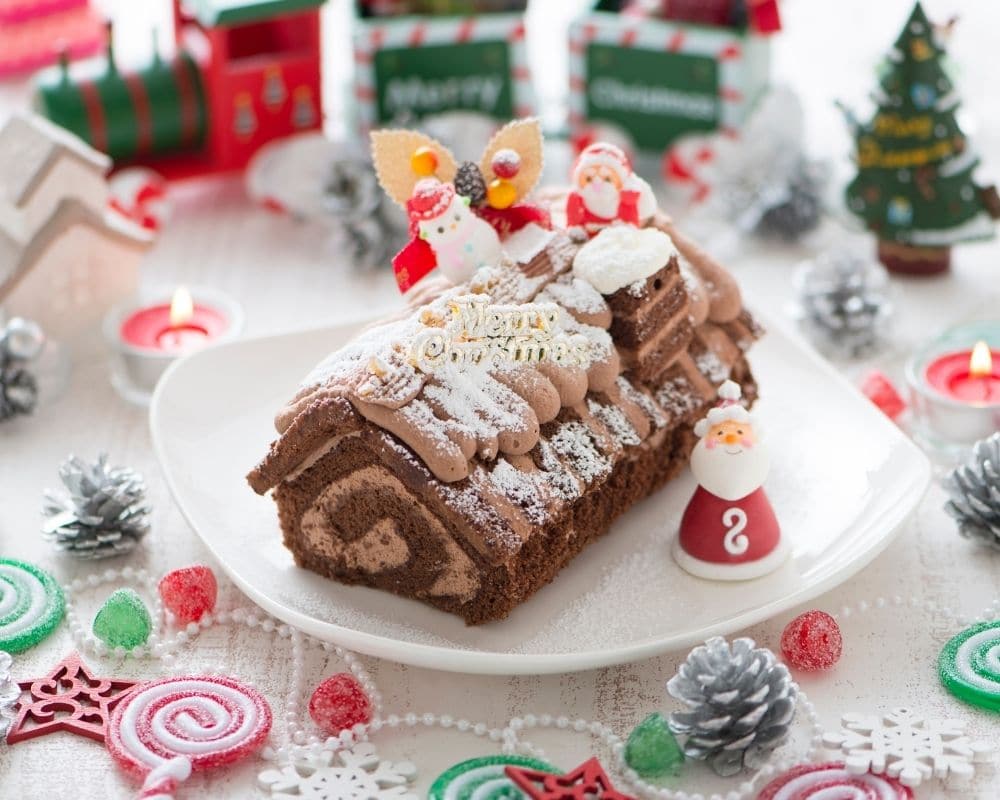 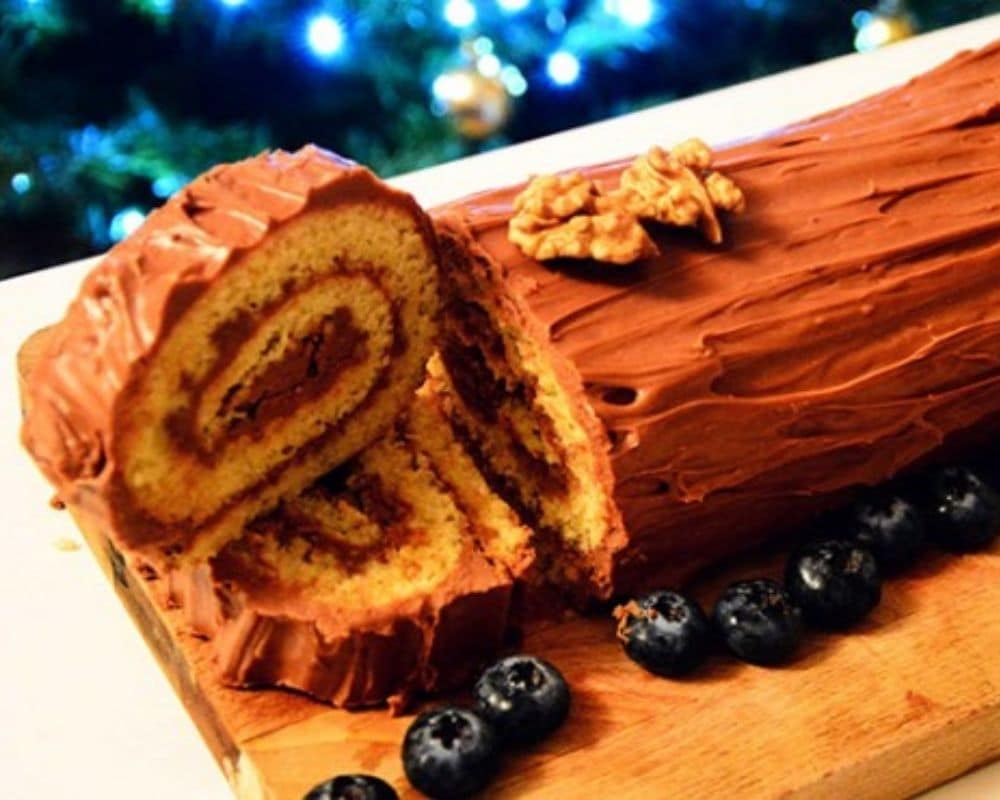 One of the favourite sweet treats of Christmas was first created in remembrance of an ancient tradition. The Christmas Chocolate Yule Log we all know and love actually represents the historical practice of collecting and burning a very large log in the hearth, throughout the Christmas season.

The practice of burning a log, thought to be Germanic in origin, was an ancient symbol of winter and a celebration of Winter Solstice, giving magical protection to the home and those who lived there. This tradition was adopted in countries of Christian faith, becoming historically prevalent in the UK, during the winter season known as Yuletide, from the old English word Yule, taken from various translations of Germanic, Old Norse and Scandinavian language. Hence, the joining of cultures and traditions in the name Yule Log. 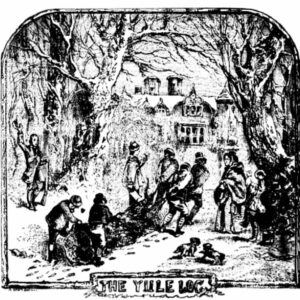 Choosing and cutting the log was a ceremony in itself – often with singing and merriment to accompany. Some historical reports say ale and cider were involved. The traditional Yule Log was specially chosen for its large proportions. Often, the log was so heavy, it had to be dragged back to the house by several big, strong men.

Many Christmas cards depict the scene of a burly gang, dragging home their log in the deep snow.

Of course, there was always deep snow when you cut down the Yule Log, back in the old days. This is the stuff of tradition! The party continued, with toastings and much back-slapping when the gang arrived home. Even the log got a dousing of ale before being set alight. For good luck, like.

Fireplaces these days are not big enough to burn a very big log. And it would be difficult to know where to find one! Nevertheless, we pay respect to this tradition with an edible Chocolate Yule Log cake. 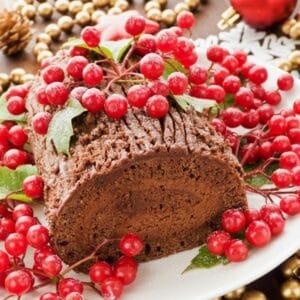 Made from a heavenly mix of light chocolate sponge, filled with chocolate cream and covered with a thick coating of chocolate buttercream icing, especially scrolled to resemble the patterns of tree bark, then often dusted with icing sugar for a snowy effect. Holly with berries and even little robins are common decorations for modern-day Yule Logs.
Check out this delish Yule Log Recipe from Darina Allen

Edible Yule Logs are thought to be the invention of the French, where the cake is known as Buche de Noel. Our bakers will have their own versions of the Yule Log. Place your orders now, to avoid disappointment. Check out our list of bakers here.
When it comes to eating the Yule Log, you can do as they did back in the day. Clink glasses and celebrate this modern-day take on an ancient custom, with a toast to good health, wealth and happiness, before you indulge in a slice of one of the sweet favourites of the festive period. Have a cool Yule!