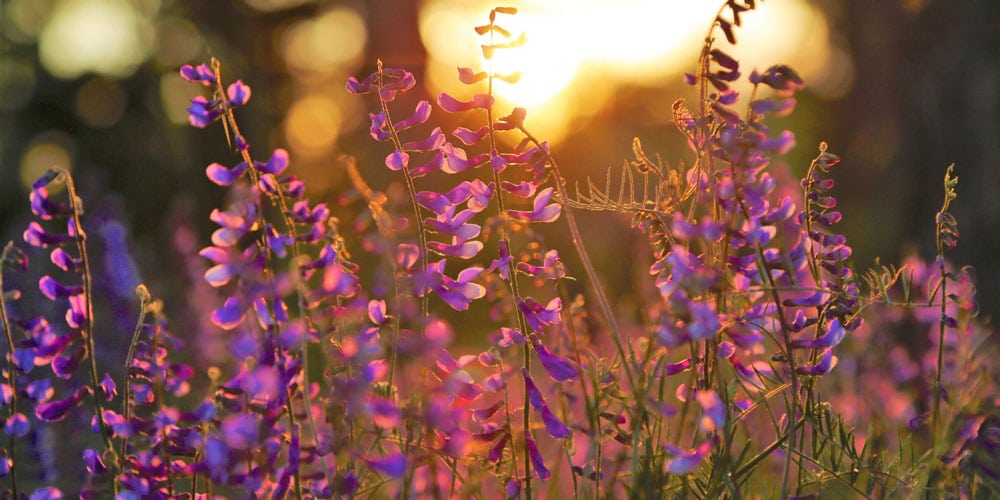 May Day Traditions In Ireland 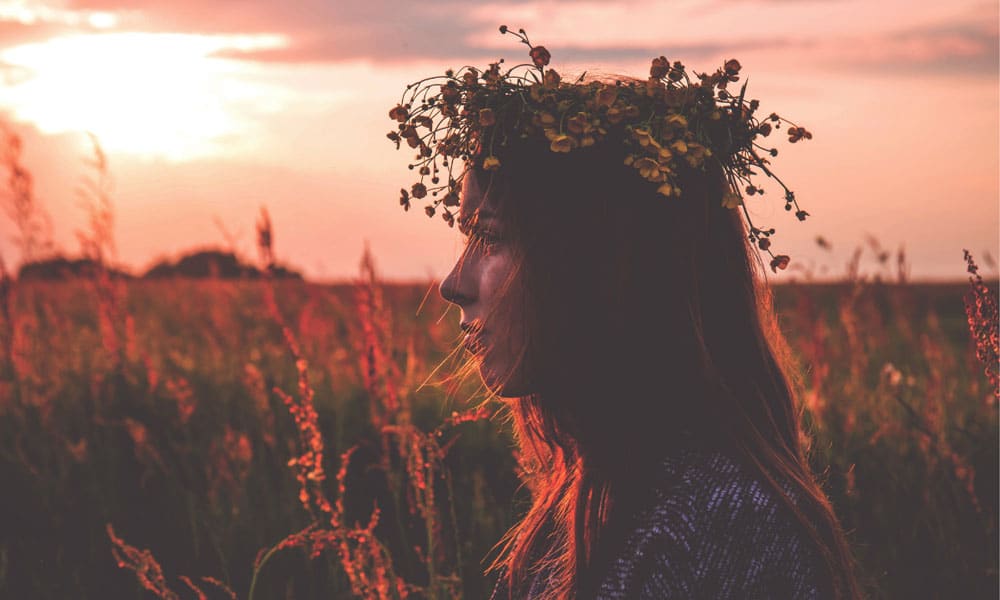 In the Irish language, the month of May is known as Bealtaine. In pre-Christian times, the festival of Bealtaine heralded the arrival of summer and the end of the dark months of the year. 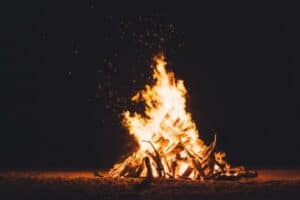 Bealtaine means ‘bright fire’ and this festival was indeed celebrated with bonfires, lit on all the major hills in Ireland. One tradition of the time involved herding cows through two big bonfires, to cleanse the herd and bring good luck.

You don’t often think of this time of year, when the days are long and the sun is getting warmer, as being a time of witches and fairies, which are usually associated with the darker months. But ancient festivals in pre-Christian Ireland always paid heed to these magical people. For example, it was deemed unlucky in May for farmers to give away fire, salt or water. To part with such precious items was to give away all the luck of the land.

As the festival of Bealtaine also represented summer when the milk supply was coming into plenty, there was also the need to safeguard livestock from the fairies. This was done by pouring milk over the threshold of the house or leaving beautiful early May flowers at the door to keep away evil. Some dairy farmers placed gorse or hawthorn over the door of the dairy to protect the milk supply from magic spirits that could steal or contaminate it. 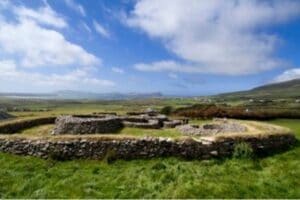 Ring forts from pre-Christian times are still very much associated with the fairies. With the arrival of Christianity, the fairies were driven underground and adopted abandoned ringforts as their homes. In olden times in Ireland, the eve of May Day was thought to be extremely active for the fairies. It was forbidden to sleep outdoors and considered to be a very bad idea to walk too close to an old ringfort, in case you got captured by the fairies. So watch your step this bank holiday weekend!

Even today, many Irish people will not disturb the remains of a ringfort on their land, for fear they will incite the wrath of the little people!

QUEEN OF THE MAY AND DANCING AROUND THE MAYPOLE 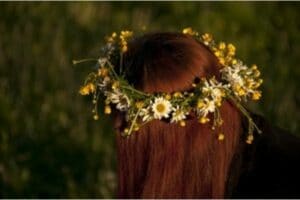 In Ireland, May is a particularly important month for the Catholic faith. This is when praise is given to the Blessed Virgin Mary, the Mother of Jesus. The hymn ‘Queen of the May’ is sung in Catholic Churches on May Day and during the rest of the month. The words describe crowning Mary with flowers and blossoms in honour of the ‘Queen of the Angels and Queen of the May.’

There is also a tradition in Ireland of choosing a pretty girl to crown with flowers as the ‘May Queen’, possibly originating as a tribute to the Roman Goddess ‘Flora’.

The English celebration of dancing around the May Pole is thought by some to have begun in Europe in pagan times. The pole was erected on the village green or town square and adorned with flowers and lots of colourful ribbons. Village maidens, dressed in their prettiest clothes and with floral decorations in their hair, would grab a ribbon and dance in a circle around the pole to traditional music.  This ceremony prevails today in the UK on May Day, the first of May. In Ireland, dancing around the May Pole still takes place in a few areas where there was previously a strong English influence.

MAY DEW AND HERBS 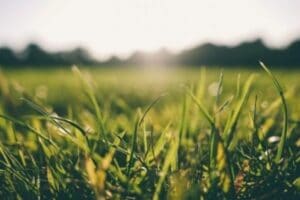 In ancient times, young women believed that washing their face in dew at dawn on the first day of May would enhance the complexion and make them more beautiful and attractive to the opposite sex. They would further consolidate this by letting their dew-moistened skin dry in the fresh air! If you fancy getting up at the crack of dawn this Bank Holiday Monday, you can avail of a free beauty gift from Mother Nature! Roll around in the wet grass, why don’t ya?!

Herbs picked in the morning on the first of May were also thought to contain more restorative powers and curative properties than herbs picked at any other time.