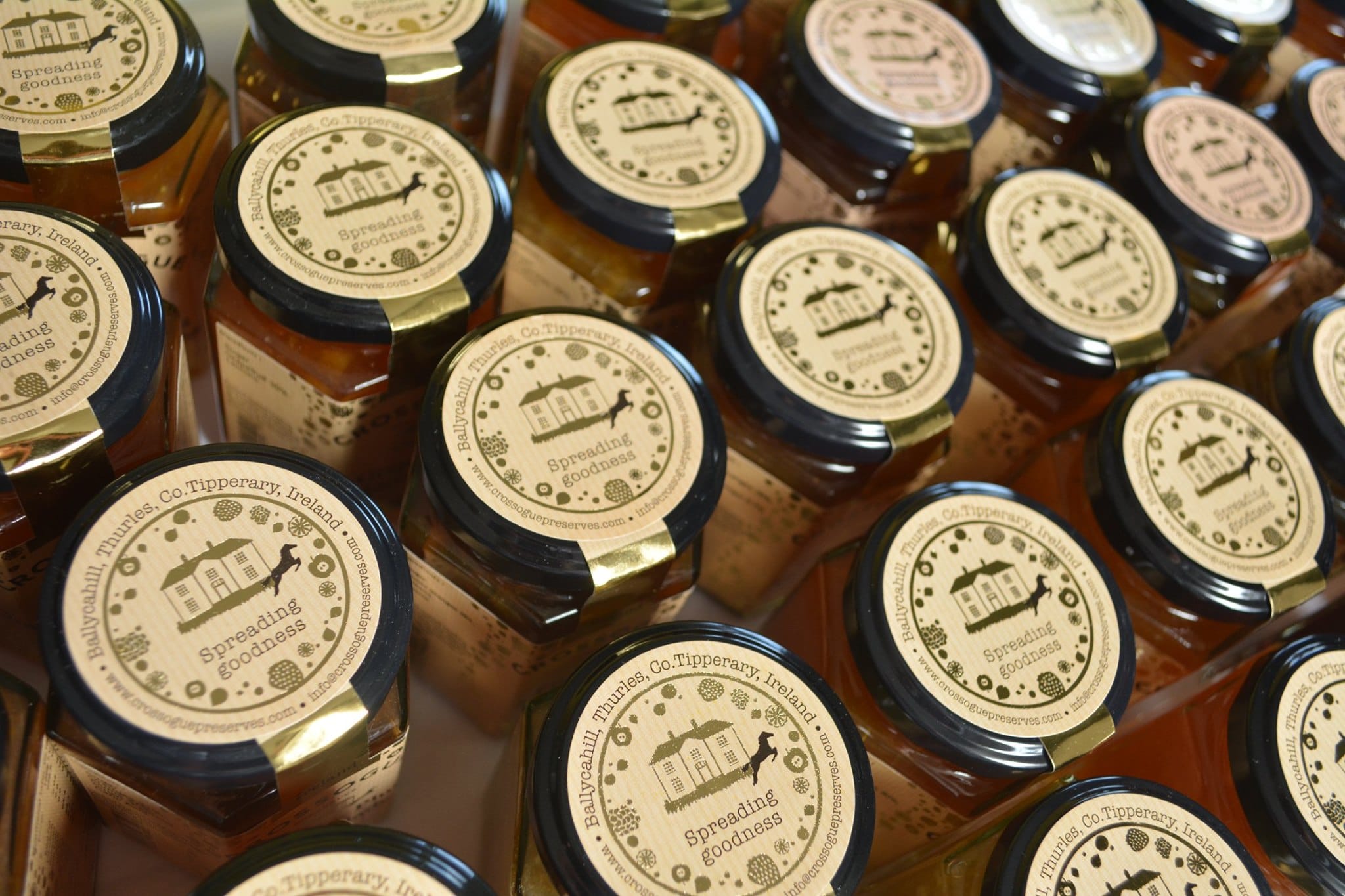 The Secret To Perfect Marmalade
From Crossogue Preserves 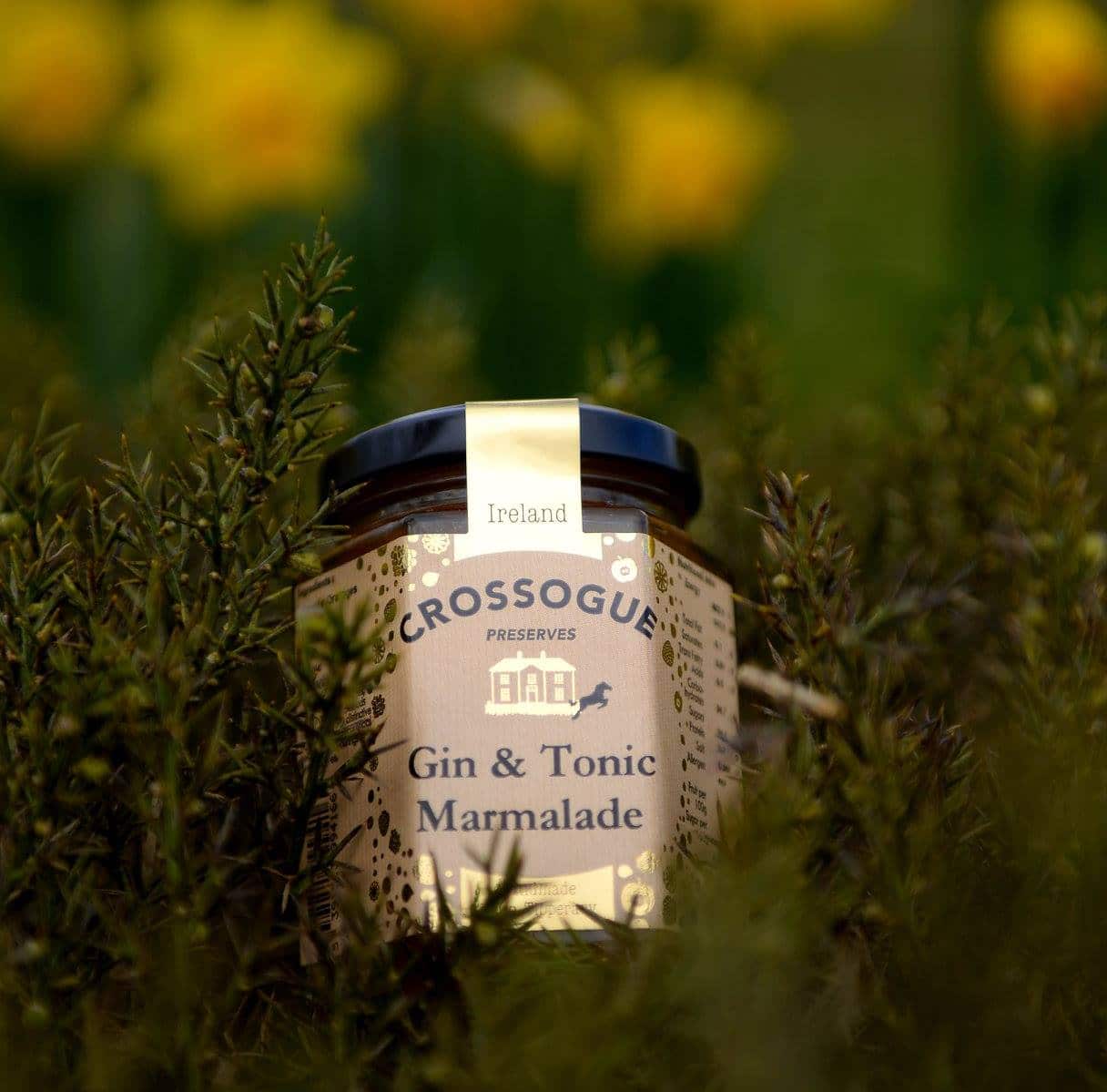 It’s the time of year when preservers are gearing up for action! January is a marmalade making month! Why is this so? Because the oranges used to make marmalade come into season this month. The arrival of Seville oranges from Spain is imminent.

Seville oranges are not the sort of oranges you’d enjoy from the fruit bowl. They are smaller, more knobbly, and much bitterer in taste than eating oranges. They have thick skins and contain lots of pips, both essential for setting marmalade.

This month, in a new series on Preservers, we talk to award-winning preserver Veronica Molloy, of Crossogue Preserves, about her magical marmalade and how she makes it. Get ready to be inspired by her genius tips!

Tell us about your marmalade Veronica…

Marmalade is our absolute best seller in the Crossogue Preserve range. We make twenty-one different types altogether. Every year, we buy one and a half to two tons of organic Seville oranges from Spain. We source through a specialist fruiterer. We don’t use pre-pulped marmalade oranges. These are the real McCoy!

We make our marmalade from scratch, using old fashioned preserving methods, from fresh fruit to the jar. For the last three years, we have taken part in the World Marmalade Awards in Cumbria in the UK. We always enter two or three types and we’ve won a gold medal three years in a row, as well as other medals, which is great!

What tips would you have for marmalade makers?

Firstly, I would say you must make sure your oranges are fresh and in prime condition. That’s absolutely essential for good marmalade. The Seville orange season is a bit late this year. It should come on properly before the end of January, so keep an eye out.

When you have got your fruit, you must cook it so maximum pectin content is extracted. We add lemon, which combined with the oranges gives lots of pectins.  We make our marmalades in small batches of twenty jars at a go. We start by cooking the quartered oranges in a pressure cooker, to get the most pectin. Then we strain to separate the pips and peel. We shred the peel to various thicknesses, for fine, medium or thick-cut marmalade, depending on what we are making. Our recipe is fool-proof. It will always set.

How do you prepare your jars?

I heat the empty jars in the oven first in the traditional way. Then I pour the marmalade into the hot jars. We seal them with a lid and turn the jars upside down to create a vacuum. This gives a really good seal.

Some people making marmalade at home still use the traditional seal of a wax disc on top of the marmalade. They cover the open jar with cellophane and maybe a little piece of pretty material, secured tightly around the neck of the jar. This way of doing it doesn’t provide as good a seal as a proper jam jar lid, which I’d recommend.  And you can’t turn the jars upside down with the old-fashioned method either!

A lot of people think Marmalade is just for toast or scones. What do you do with yours?

Well, there’s probably nothing as nice as good marmalade on toast or a scone, but we use it in lots of different ways. It’s really a wonderful ingredient to introduce to your cooking.  One of the things I love is a nice slice of marmalade cake, and I have a wonderful recipe here. You could also use it to make a great cheesecake, and I have a lovely recipe to include for that as well. These are my particular favourites, but there’s a lot of different ways you could use marmalade to add a twist to your baking.

What varieties of marmalade do you make?

We make a lot of different marmalades and there’s absolutely something for everyone!

We’ve included a list of Crossogue’s impressive Marmalade list, there’s certainly a little something for every sort of taste bud!