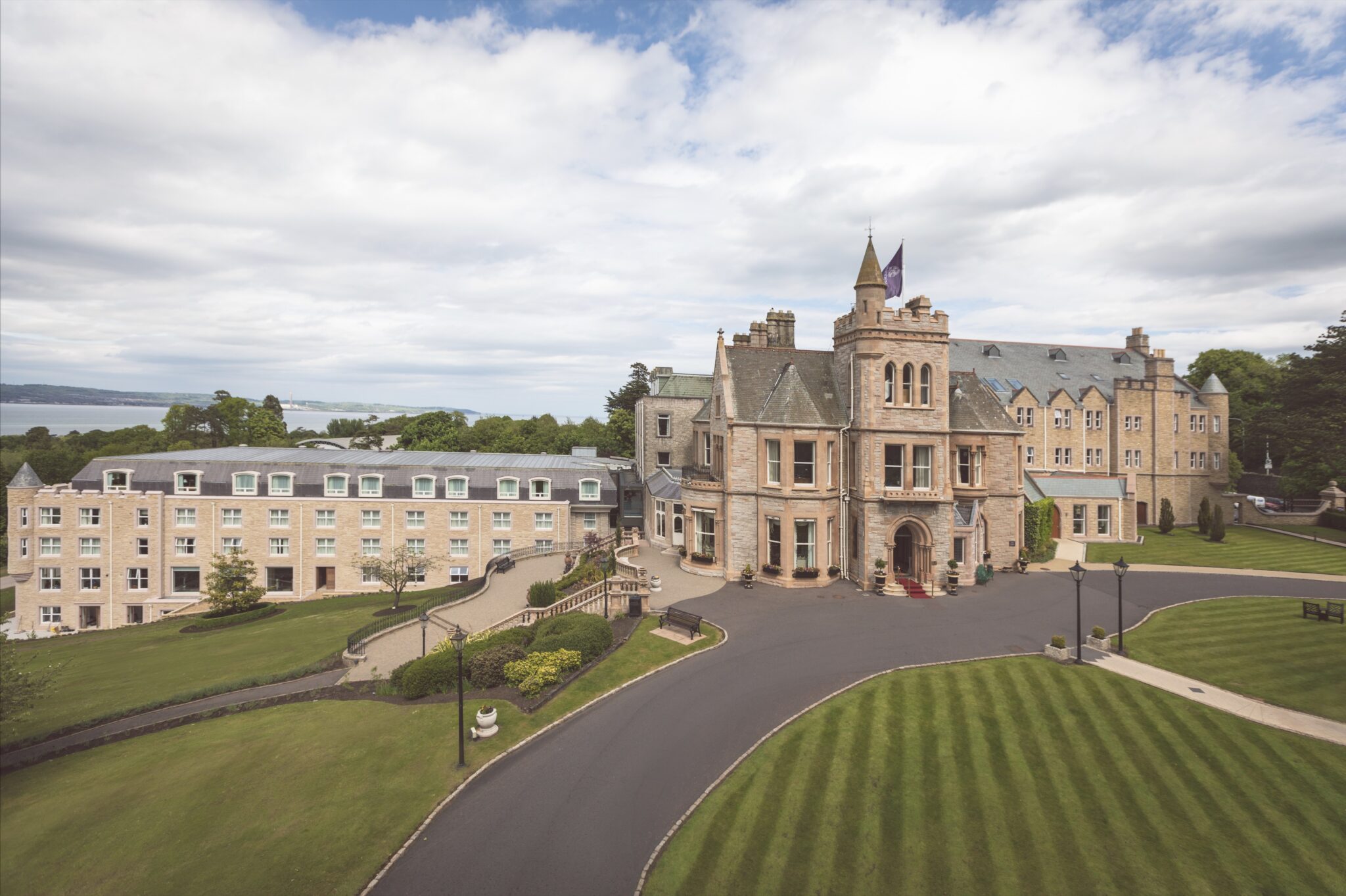 Set in a grand 19th century mansion on 12 acres of grounds, Culloden Estate and Spa has unparalleled views of Belfast Lough and the rugged Antrim coastline. It is an ideal base for when you want to be close to Belfast city whilst still enjoying some peace and tranquility. The majestic surroundings of this former Bishop’s residence make for one very comfortable and luxurious stay with plenty of health and beauty facilities to help guests unwind and revive. Dining is an exquisite experience and provenance of ingredients is paramount and proudly displayed on menus. Local ingredients and innovated cooking make thi Read More s some of the best five-star hotel dining in Belfast.

Guests at Culloden Estate and Spa can enjoy an extensive range of dining and socialising options. Take your pick of a sumptuous afternoon tea in the Drawing Room, fine dining in the Vespers Restaurant or relax by the fire in the cosy Cultra Inn and enjoy some terrific bar food.

Vespers is considered one of the best restaurants in Northern Ireland and it’s easy to see why. The décor is gothic grandeur, the food gourmet chic, and the result, fabulously stylish.

All Hastings hotels have made serious commitment in recent years to use specially selected local suppliers as the mainstay of produce. Meats include local rare breed pork, Hereford, Aberdeen Angus, Dexter, Charolais and Limousine beef from local herds, and tender succulent Dorset lamb reared in the hills of the north. Finnebrogue venison and Clandeboye pigeon will please game lovers, while free range chicken from a County Down farm is also superb. Find fish aplenty too – wonderful mussels from Strangford, smoked salmon from Bangor, Portavogie prawns and Kilkeel scampi. Tie it all together with some serious cooking skills, impeccable service and a sensational wine list and you’ve got a fine dining experience to savour.

The Cultra Inn Restaurant is open to residents and the public and offers casual dining as an alternative to the formal high-end a la carte offering in Vespers Restaurant.

The restaurant is located in the chapel built for the bishops. The original ceiling and paintings are still here and the cosy log fire in the hearth adds a homely touch in such reverent surroundings.

The Cultra Inn is very welcoming for families with children. Food is conscientiously sourced in keeping with the Hastings group ethos of provenance, and local produce features hugely. Light bites include a bowl of house signature soup, and a choice of salads, sandwiches and paninis. There’s usually a pie of the day for the main course and a fish pie on Fridays. Children are well catered for with their own menu of little favourites, made from fresh ingredients.

The Lough Bar with its plush sofas and warm colours is the perfect location for guests to unwind and chill out in luxurious surroundings with breathtaking views across Belfast Lough.

Come here for all day dining, starting with freshly baked scones and tea and coffee in the morning, followed by cake mid-morning and then delicious lounge food later on in the day. In the evening time, the Lough Bar transforms into a cool lounge perfect for some pre and post dinner drinks. Take your pick from creative cocktails, premium wines and a range of fabulous gins. Of course, there are plenty of non-alcoholic options too.

It’s easy to settle into the grand style of living here as the majestic surroundings of this former bishop’s residence make for one very comfortable stay. No wonder it is a favourite of the rich and famous – Tony Blair, Sir Richard Attenborough, Bono, Ronan Keating, Westlife, David Beckham and the English football team, the Irish Rugby team and the French soccer team have all called this home when travelling.

Culloden was built in 1876 by former MP, William Auchinleck Robinson. He imported Scottish stone to build the castle-like structure. When he died in 1884 the property was conveyed by his widow to the Church of Ireland. At the close of the 19th century it became the official residence of the bishop of the diocese and took on the name ‘Bishop’s Palace’.

The Bishop of Down, Dromore and Connor took up residence in 1898. In consequent years it’s thought there were at least three or four bishops who enjoyed the house as their home. In the 1920s the house was sold by the church to private owners. It became a hotel in 1962 under the mantle of Mr Rutledge White. The sixties saw a change of ownership again, in the form of Sir William Hastings of the Hastings group. Under his guidance, the eleven bedrooms of the original hotel were added to significantly. New wings were built in the same stone as the original house and major refurbishments amped up the luxury factor.

Today, old and new have melded into a remarkable high-end accommodation experience for those seeking comfort and superlative service.

There are 98 bedrooms and suites all offering luxurious and tranquil accommodation with opulent decor and relaxing colour schemes. If you are looking for something a bit more private, there are two self-contained luxury apartments.

Other facilities include a spa, gym, swimming pool, and wonderful options for those considering having their wedding, special occasion or business event in this magnificent hotel.

The Culloden Estate and Spa is traditionally elegant whilst at the same time providing every modern amenity expected from a luxurious five-star resort hotel.

Each of the 98 bedrooms and suites are individually decorated and are light and bright and spacious with wonderful views over the hotel gardens and down towards Belfast Lough.

Bathrooms have deep soaking tubs, power showers, indulgent ESPA toiletries and luxurious bathrobes and slippers. All you need for a well-deserved pampering session after a hard day.

Nestled high in the Holywood hills overlooking Belfast Lough and set in 12 acres of secluded gardens, Culloden Estate and Spa is a stunning wedding venue in Northern Ireland. Just think of the breathtaking photo opportunities.

Apart from the elegant surroundings, you can also expect exquisite cuisine, unsurpassed attention to detail and first class service from the team at Culloden Estate and Spa.

The magnificent gardens create a pretty background for open-air celebrations and drinks receptions whilst the open fires, exquisite interiors with antiques and beautiful décor create a memorable setting for your meal and after party.

There are also plenty of lovely spaces for you to say ‘I Do’ as the Culloden Estate and Spa is licensed to host civil marriage ceremonies.

The five-star Culloden Estate is the perfect venue for business meetings and corporate events thanks to its handy location near to Belfast city, the luxurious conference facilities and ample free parking.

There are seven flexible conference and banqueting suites, including the Highland Business Centre and these meeting and conference rooms are well-equipped with audiovisual aids, data projectors, screens and microphones and the 12 acres of beautifully landscaped gardens are perfect for team building exercises or giving your delegates the opportunity to unwind throughout the day.

The spa area has eight treatment rooms and two dedicated relaxation suites and luxurious Espa beauty products are used during the treatments.

All hotel residents have full access to the facilities of the Spa Health Club on a complimentary basis during their stay. 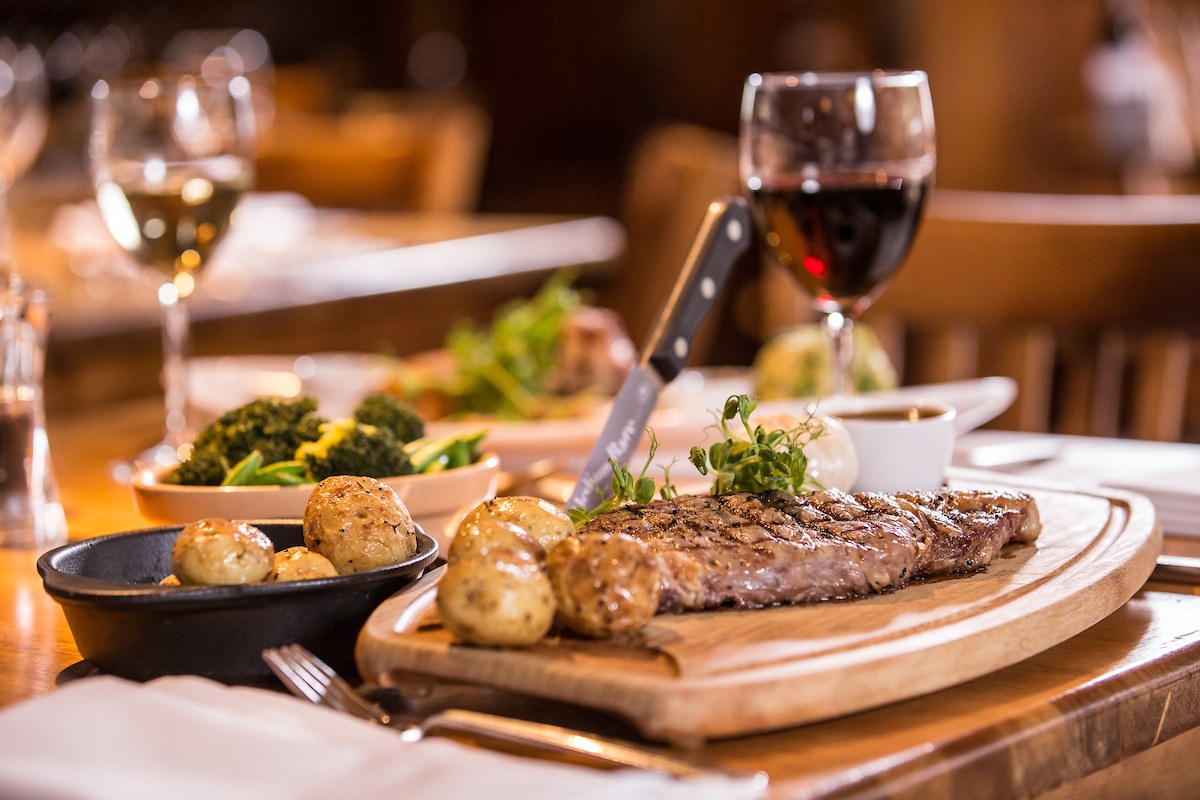 Email Culloden Estate & Spa
Contact
Need to know more? Just fill in the form below to send email direct, for reservations queries or any further information.