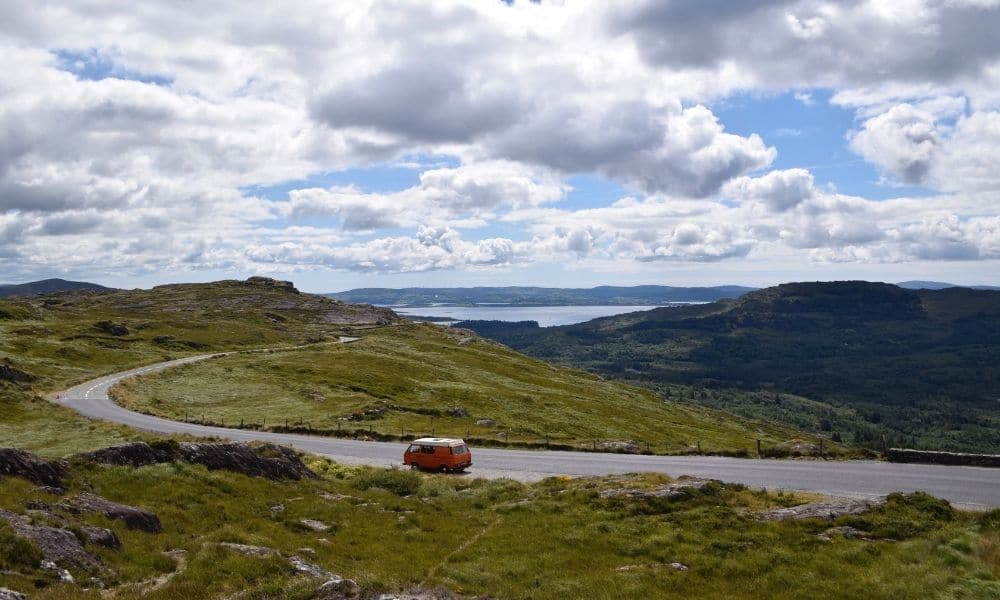 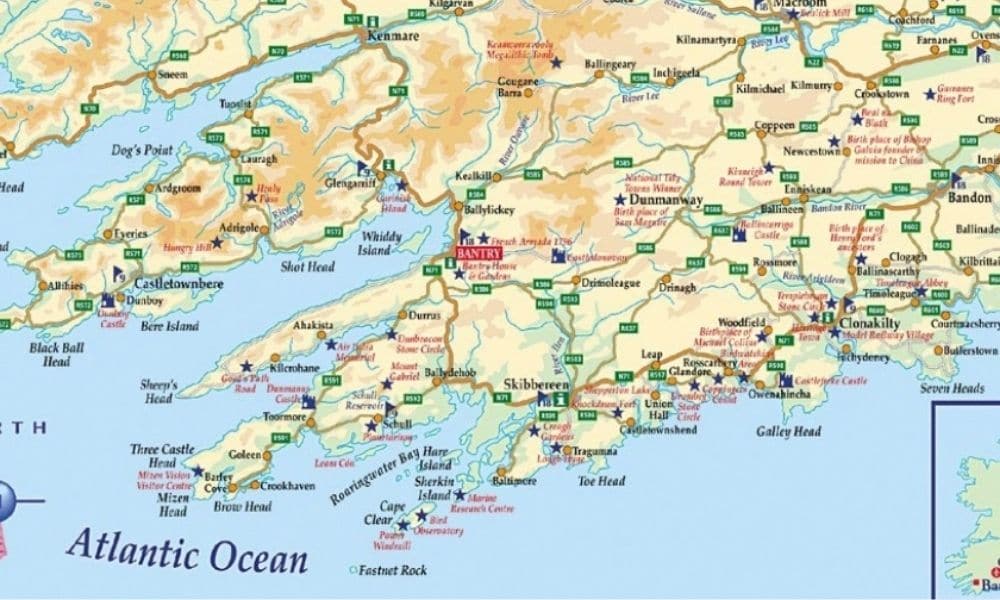 The Wild Atlantic Way is Ireland’s first designated road drive. From Donegal to Cork – or the other way round – whichever way you want to drive it!  The complete route covers roughly 2500 km on Ireland’s western seaboard, following the small roads which hug rugged coastline washed by the Atlantic Ocean.

What a way to see the most magnificent and ever-changing scenery, to get to know the towns and villages of this beautiful coast, and to meet the people who reside and earn their living in some of the most remote parts of this country. Resilient people who have grown up with the ocean as their neighbour. Here is an opportunity to step back to an Ireland of old,  where good hospitality and a warm Irish welcome is always on the mat.

This part of the Wild Atlantic Way begins in the harbour town of Kinsale and traverses the coastline of West Cork, around the region’s three unique peninsulas.

Begin your epic journey in Kinsale, a pretty harbour town with a thriving fishing fleet. A stroll around the little streets reveals art galleries, boutiques and craft shops to browse.

Members in Kinsale include:

Onward from Kinsale you will pass Coolmain Beach, a 4 km stretch of sand that provides an easy and bracing walk in the beautiful scenery.

Just slightly off the Wild Atlantic Way in Kilbrittain Village,  find the skeleton of a whale that was washed up on the beach a few years ago. Preserved in every detail – something the kids will love.

The next stop is the colourful coastal village of Timoleague, with the ruins of the Timoleague Abbey. This was the home of Saint Molaga, (Tigh Molaga means House of Molaga) who is said to have introduced bees to Ireland. Every August,  Timoleague comes alive with an annual festival where all businesses, pubs, bars and restaurants participate in community entertainment and events, plus live music on the street. Home to Ummera Smokehouse, Timoleague. (call before visiting).

The next town you’ll meet is Clonakilty, the gateway to West Cork’s magnificent beaches at Inchydoney island.  Lots of Good Food Ireland members wait to greet you, Check out:

Leaving Clonakilty, you’ll begin to enter a different West Cork. Here is where the ‘wild’ aspect of this route starts to take shape, as the coastline becomes more rugged. Follow the signposts from Clonakilty to Rosscarbery, then around the beautiful harbour of Glandore with its stunning views over the water and out to sea, and take a small detour over the bridge connecting two headlands, into the friendly fishing village of Union Hall.

Skibbereen is the next main town in this region, where you’ll enjoy browsing, shopping and meeting the locals in these Good Food Ireland establishments:

From Skibbereen, travel to  Baltimore village,  a lively spot in itself and a sailor’s paradise in summer. Also the gateway to the islands of Sherkin and Cape Clear, accessed by ferry from Baltimore pier. Ferries all year round except in poor weather conditions.

Via the Mizen Peninsula and Sheep’s Head Peninsula – you’ll begin to understand why this journey is called the Wild Atlantic Way!

Leaving Bantry, you’ll pick up the road through Ballylickey and Glengarriff, heading toward the Beara Peninsula and the end of this Cork section of the Wild Atlantic Way. Perhaps the most hauntingly beautiful of West Cork’s three peninsulas. A  breathtaking journey at any time of year, and even more so in winter light when the hills and mountains shine copper and purple and waterfalls gush after heavy rain. (And the roads are quiet!)

LIGHTING UP THE COASTLINE

On your journey from Kinsale to Beara, the Wild Atlantic Way has seven lighthouses protecting its coast:

There is one magnificent offshore lighthouse that can be seen from the West Cork coast:

The Fastnet Rock is home to the Fastnet Lighthouse, 13km from the Co. Cork mainland, built in 1897. It was an occupied manned lighthouse until its automation in 1989. Fastnet Rock is also known as the ‘Ireland’s Teardrop’ because, for many who emigrated across the Atlantic to North America, this was their last view of their homeland. Tours around the Fastnet are available from West Cork – the waters here are excellent for whale watching and fishing.

Look out for more travel and food adventures on the Kerry section of the Wild Atlantic Way, coming soon on the Good Food Ireland blog!