How To Become A Chef
With Kevin Aherne 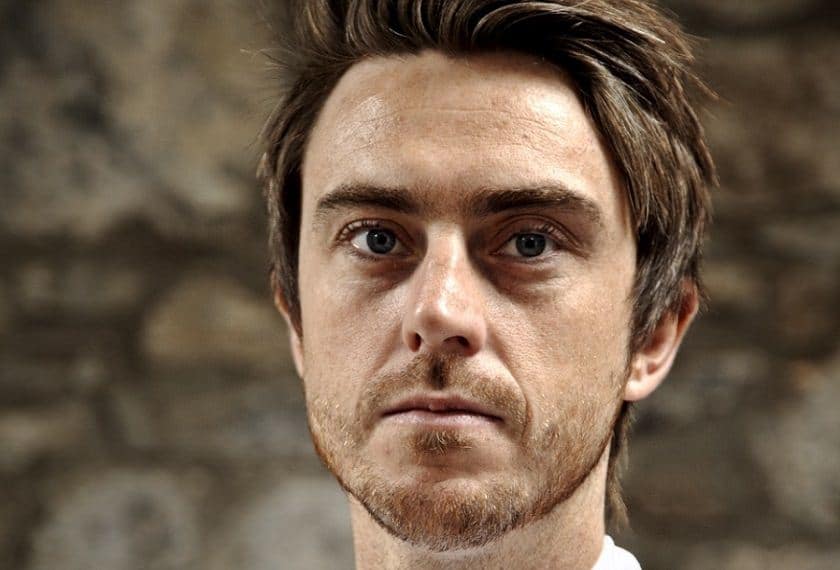 This time in our How to Become a Chef series, we feature one of Ireland’s most exciting and creative chefs. Kevin Aherne talks about his career journey and his innovative 12-mile ethos.

Kevin Aherne, Owner/Head Chef of Sage Restaurant, Midleton, Co. Cork. I opened Sage in 2008 when I was just 24 years old. Before that, I travelled a lot abroad and cooked in various places.

What type of training did you have to help you become a professional chef?

When I was 17, I went to America after I did my Leaving Certificate in school. I was big into music and wanted to be a sound engineer. When I was away I had to work, but because I was only 17, I couldn’t work in bars. So I started working in restaurant kitchens, just doing prep and stuff. It was then I realised I wanted to become a chef.

So when I got back from the States I enrolled on to the professional cookery course at Cork Institute of Technology. I did the first year and went about a third of the way through the second year when I felt it just wasn’t suiting me. So I dropped out. I’ll explain that by saying the way the course was taught was very different back then to the way it is now. At the time, I felt I would do better-getting jobs in kitchens and learning by working. So that’s what I did.

Then I travelled and worked for a couple of years in Australia and Canada. I was fully focused even then, though I was still very young. When I finally came home I opened Sage. I’ve changed things a lot here since I first opened it, and it’s still a learning experience.

What were the challenges along the way to becoming a leading chef?

It was a huge challenge to own and cook in my own place at just 24. When I first opened I was probably trying to do too much on the menu. I couldn’t do the sort of things I really wanted to do. We had to get people in the door. We’ve evolved hugely over the years. We’ve changed so much about the way we cook and serve food.

I feel in the last sixteen months we’ve really found our feet. Our twelve-mile ethos for the menu has really identified who we are and what we do. We source everything we use from within twelve miles of the restaurant, which has also been a challenge. We know all our suppliers personally and we rely on them. It’s working extremely well for us.

In the last year, we’ve taken over the whole courtyard of our location. So we’ve got Sage Restaurant, The Green Room Wine and Beer Hub, the bistro next door, and the courtyard area outside where we are going to be growing our own produce and herbs. I think we’ve finally become a proper destination restaurant and it’s a massive turning point for us.

I’ll be perfectly honest with you; I don’t really like to look at other people’s cooking! I try not to copy so I don’t look because I would rather be an innovator than a follower! Sage won the Good Food Ireland Food Innovation Excellence Award in 2013. That’s the kind of thing I want to be doing, pushing new boundaries. But if I were to choose a favourite chef, I really like Simon Rogan of L’Enclume in Cumbria very much. I’ve eaten his food a few times and love it.

Which food styles or trends influence your cooking as a professional chef?

I don’t follow trends much, but I’m drawn towards the modern Nordic style of cuisine, which is what we are quite close to at Sage. It’s a very natural way to handle seasonal local produce, which I like. But I have to say it’s our 12-mile ethos that influences everything we do on our menu. We work with nature’s larder. We do a lot of coastal foraging and wood foraging. Nature, the seasons and the weather are my biggest influences.

Who told you I love my job?! Only joking. Yes, I do love it because I get great satisfaction when I nail a dish and get it absolutely right. There’s a real sense of achievement in that. I like to think that as chefs, we are not just good cooks, but also creators. I know we are not artists with paintbrushes, but we are culinary artists and we try to paint the picture on the plate. There’s massive satisfaction and achievement in getting the balance right.

Probably the mental battle! You’re always trying to be better. Always trying to get your cooking that little extra bit better, trying to get the ingredients to sing a bit louder. It’s a lot of pressure to put on yourself but that’s what happens when you want to do the best you can.

Describe a typical day in the kitchen?

My average day goes from 8 am to about 10.30 pm. I like to go for a walk every morning before I come to work. So I do that first thing and get in for 9 am if we have a lunch service, or a bit later if not. Depending on the weather, I like to go foraging on my walk and bring the ingredients to work. I’m doing a lot of seashore foraging at the moment.

When I arrive in we start prepping. I’m always telling my team it’s all about the prep. I like to be well prepared so it makes the service easier. We have a lot of preparation because our suppliers come throughout the day, so we are always cleaning vegetables, putting things away, storing the product properly, labelling and looking after things. That’s really important when you have the variety of produce we have here.

I like to be ready for service because I have a lot of other things to do as well as cooking. We are constantly changing menus daily, so there might be ordered to do and we don’t get everything all from one place. We have loads of local suppliers. We run out of ingredients quickly because there might have been only a bit of something available and it’s all gone or whatever. That’s how the 12-mile menu works and we have to be flexible and ready for change.

Also, I like to check the dining room every day, make sure the table settings are right and the room looks good. I like everything to be perfect. I frequently pop next door to the Green Room during the day, to make sure the lads are okay in there. Also at the moment, we are having big discussions about the garden and what we are going to plant this year. It’s very exciting!

Creativity. Thinking outside the box. Innovation. Trying to be a leader, not a follower.

Would you change anything about your journey so far to becoming a professional chef?

If I could go back to when I opened Sage first, I would have had less on the menu. I should have started smaller, but I was only 24 and not educated enough to know that less is more. I have now defined and redefined our menus to the point where each dish only has 3-4 ingredients. You don’t need more than that to make a dish superb.

We love our creature comforts and nice food at home, so the cooking is generally shared between me and my wife Reidin. But we don’t get to be at home much with the restaurant, plus Reidin works as a school teacher. So when we get time off we would normally go out to eat. We never go out to check out the competition though. I’m not interested in doing that. When we go out, we want to relax and enjoy nice food in the places we like to go.

Get your core cooking right. Put down good cookery roots and don’t take shortcuts in your approach. Always work in good restaurants, the best places you can find, and travel as much as you can. That’s very important. I think it’s vital that as a young chef you travel out of Ireland, and learn as much as you can about other cuisines, so you can determine your own style. Experience as many different things as possible.

Also, I would say do a chef’s apprenticeship if you can. I started an apprenticeship programme here at Sage four years ago. Our apprenticeships run for four years. We’ve got one guy just finishing up and he’s now going on to work in the kitchen of a Michelin star restaurant in Ireland. I have three other lads who are in year one, two and three of their apprenticeships. They learn everything from scratch.

In the first year, they get used to the ingredients, doing a bit of prep and so on. Then they get moved on to learning knife skills, and when they get good enough they do the starters. They progress in the first three years to Junior Chef de Partie, then Chef de Partie in year four, when they will have covered everything before they go off to work in another restaurant. I have one guy here who had never picked up a knife before he came here and he’s doing absolutely brilliantly. I am really proud of our apprenticeship programme, but I am more proud of the lads that are doing it and love watching them develop.

What’s your favourite or most challenging recipe?

I have always loved cooking terrines. They can be a bit of a challenge. I don’t believe in just throwing everything into a bowl and mixing it up. We have a Terrine de Campagne on the menu at the moment. It’s a classic French style country rustic terrine of duck, liver, pork and chicken, and each ingredient is treated and flavoured separately with its own recipe within the terrine, so you have four distinct layers of taste in the finished dish. It’s about building those flavours so they all stand out. I like diners to be able to differentiate between the meats in the terrine.